Can tyrosine kinase inhibitors be discontinued

.
Can tyrosine kinase inhibitors be discontinued in patients with metastatic renal cell carcinoma and a complete response to treatment? A multicentre, retrospective analysis. (Continued below)

Evaluate the rate of residual tumor, understaging and perioperative complications in patients with high grade (Continued below)

Alloplastic bladder substitution: are we making progress? (Continued below)

.
The use of mannitol

The use of mannitol in partial and live donor nephrectomy: an international survey. (Continued below) 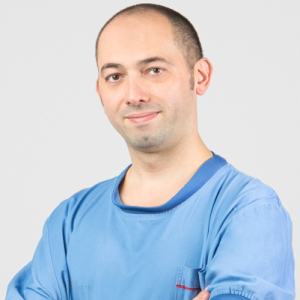 Juvenile granulosa cell tumor of the testis: a bilateral and synchronous case. Should testis-sparing surgery be mandatory?

Urethral condylomas in men: experience in 123 patients without previous treatment.

With Dr. Marco Cosentino we speak today about a very interesting topic and taboo, the anti-conceptional men. Exists?? (Continued below). 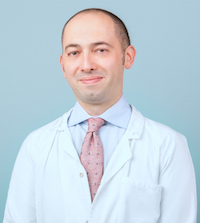 He met with Dr Marco Cosentino; Interview of premature ejaculation (continued below).

He met a few days ago Dr. Marco Cosentino, a surgeon, urologist, who works and works in Spain for some time returned to Sicily for short advisory periods. (Continued below).

INTRODUCTION: Discontinuation of treatment with tyrosine kinase inhibitors and readministration in case of recurrence could improve quality of life and reduce treatment costs for patients with metastatic renal cell carcinoma in which a complete remission is achieved by medical treatment alone or with additional resection of residual metastases.

MATERIAL AND METHODS: Objective of the paper is to evaluate whether TKIs can be discontinued in these selected patients with mRCC. A retrospective analysis of medical records and imaging studies was performed on all patients with mRCC treated with TKIs (n = 266) in five institutions. Patients with a CR under TKI treatment alone or with additional metastasectomy of residual disease following a partial response, in which TKIs were discontinued, were included in the analysis. Outcome criteria analysed were time to recurrence of previous metastases, occurrence of new metastases, symptomatic progression, improvement of adverse events, and response to reexposure to TKIs. Sunitinib 50 mg/day for 4 wk on and 2 wk off, Sorafenib 800 mg/day.

RESULTS: We identified 12 cases: 5 CRs with Sunitinib, 1 CR with Sorafenib, and 6 surgical CRs with Sunitinib followed by residual metastasectomy. Side-effects subsided in all patients off treatment. At a median follow-up of 8.5mo (range: 4–25) from TKI discontinuation, 7 of 12 patients remained without recurrence and 5 had recurrent disease, with new metastases in 3 cases. Median time to progression was 6 mo (range: 3–8). Readministration of TKI was effective in all cases. The study is limited by small numbers and retrospective design.

CONCLUSIONS: Discontinuation of TKI in patients with mRCC and CR carries the risk of progression with new metastases and potential complications. Further investigation in a larger cohort of patients is warranted before such an approach can be regarded as safe.

INTRODUCTION: Objective was to investigate the existence of predictive factors for concomitant, primary UUT- UCC and BC. Upper urinary tract urothelial cell carcinoma (UUT-UCC) is a pan-urothelial disease of the transitional epithelial cells. Although several studies have shown the association of bladder recurrence following UUT-UCC, little is known on the incidence of concomitant UUT-UCC and bladder cancer (BC) without previous BC.

MATERIAL AND METHODS: A retrospective review of 673 patients diagnosed and treated for UUT-UCC was performed. Patients with history of BC were excluded. We investigated age, sex, location of the upper tract tumor (calyx, renal pelvis, upper ureter, mid-ureter, lower ureter), multifocality, clinical symptoms, tumor grade and pathological stage. Contingency tables and chi-square test were used for categorical variables and analysis of variance (ANOVA) for quantitative variables.

CONCLUSIONS: Our findings suggest that the possibility of concomitant BC in primary diagnosed patient with UUTUCC is as high as 33 % and mainly depends on upper tract tumor location.

MATERIAL AND METHODS: A retrospective review of 47 patients with high grade non-muscle-invasive bladder cancer who underwent second TUR from January 2007 to December 2009 at our institution. We evaluated the rate of residual tumor and understaging detected by re-TUR, complications, and the cost of the surgery.

RESULTS: Twenty-two patients underwent second TUR because of the absence of muscle in the initial resection specimen (cTx). We observed residual disease in 8/47 patients (17%) and understaging in 2 cases (4.2%), the only 2 patients understaged muscularis propria was not present in the sample of initial TUR. The other 20 cTx (90%) were cT0 in the re-TUR. We did not identify any case of cT1 understaged in the re-TUR (≥cT2). Six patients (12.6%) reported complications related with the second TUR (one urethral stricture, two patients required reintervention because of bleeding, one febrile urinary infection and two bladder perforations).

CONCLUSIONS: Our findings show that the absence of muscle in the initial resection specimen is the only risk factor for understaging. Therefore, we consider re-TUR is mandatory in these cases. On the other hand, when complete TUR has been performed and the muscularis propria is present and tumor free (cTa-T1), we consider systematic re-TUR is not necessary and only indicated in selected patients, even more if we consider that re-TUR is not exempt from complications.

INTRODUCTION: Radical cystectomy with lymphadenectomy and urinary diversion is the gold standard treatment for bladder cancer in organ-confined muscle-invasive disease and selected patients who have high-grade non-muscle-invasive disease or are non-responders to BCG. The main and most morbid complications of this challenging surgery are related to the use of bowel for urinary tract reconstruction. For this reason, many past projects were devoted to finding an alternative to the use of bowel. The aim of this review is to provide a summary of the evolution of alloplastic bladder substitution.

RESULTS: Various prostheses have been proposed for replacement of the urinary bladder, silicone being the most frequently used material. The first published model of an alloplastic bladder was described by Bogash et al. in late 1959, while the last, in 1996, was suggested by Rohrmann.

CONCLUSIONS: Interprofessional collaboration, recent advances in technology and tissue engineering may help in developing suitable bladder prostheses. Urologists as well as engineers and the industry need to give this matter serious attention.

INTRODUCTION: Animal studies have shown the potential benefits of mannitol as renoprotective during warm ischemia; it may have antioxidant and anti-inflammatory properties and is sometimes used during partial nephrectomy (PN) and live donor nephrectomy (LDN). Despite this, a prospective study on mannitol has never been performed. The aim of this study is to document patterns of mannitol use during PN and LDN.

MATERIAL AND METHODS: A survey on the use of mannitol during PN and LDN was sent to 92 high surgical volume urological centers. Questions included use of mannitol, indications for use, physician responsible for administration, dosage, timing and other renoprotective measures

CONCLUSIONS: Since there are no data proving its value nor standardized indication and usage, this survey may provide information for a randomized prospective study.

INTRODUCTION: Vesico-ureteral reflux (VUR) is defined as the retrograde flow of urine from the bladder to the upper urinary tract and is distinguished in primary and secondary. It is present in 25-70% of children who have a urinary tract infection (UTI) associated with pyelonephritis, the association between UTI and VUR predisposes children to have renal scarring with consequent alteration of the functionality until chronic renal failure.

MATERIAL AND METHODS: We realized a review of the literature on the endoscopic treatment of vesico-ureteral reflux analyzing the different techniques, materials used for endoscopic injection, indications and complications described in the literature.

RESULTS:  Over 100 articles we found on the endoscopic treatment of reflux with indications, complications and outcomes in the short, medium and long term. Of these we selected the most recent and current European and American Guidelines.

CONCLUSIONS: Endoscopic treatment of reflux has become gradually the technique of choice for the primary treatment of vesico-ureteral reflux associated with pyelonephritis or urinary tract infections and permits to delay the use of open surgery.

Granulosa cell tumor of the testis is an infrequent stromal cell tumor that can be distinguished into adult and juvenile, the latter being more common. Juvenile granulosa cell tumor of the testis is a rare pathologic finding, accounting for 1.2%-3.9% of prepubertal testicular tumors. It is considered as a benign stromal sex cord tumor and is usually unilateral. Although radical surgery was previously considered the treatment of choice, testis-sparing surgery is now recommended in all cases where applicable. We report a bilateral synchronous juvenile granulosa cell tumor in a 6-month-old child treated with testis-sparing surgery and provide a review of the literature.

Priapism is defined as a continuous erection of the penis without any sexual desire and with a duration of more than 4 h; this phenomenon represents a medical emergency requiring urgent treatment and can be followed by fibrosis of the corpora cavernosa and permanent impotence. Priapism can be divided into three subtypes depending on the cause and can be induced by certain agents. We present a case report of priapism induced by tamsulosin treatment in a patient with obstructive lower urinary tract symptoms (LUTS) and also review the relevant literature. Priapism secondary to tamsulosin treatment is a rare event that has seldom been reported in the literature. In cases of priapism secondary to medical treatment, interruption of treatment should avoid further events.

The most common sexually transmitted infection is infection by human papillomavirus. There are more than 100 types of human papillomavirus, and over 30 of them involve the genital area. Urethral involvement is uncommon and usually limited to the distal 3 cm of the meatus. There are various treatments for urethral condylomas; as a rule, they are limited by a difficult approach, by recurrences, and by potential complications, the most significant of which is urethral stenosis. The purpose of the treatments is to remove the warts and induce lesion-free periods. Such treatments do not eliminate the infection nor do they prevent continued transmission of the virus. We retrospectively evaluated 123 patients diagnosed and treated for condylomas in the genital area at our Institution between April 2009 and April 2012. The patients’ mean age was 28.7 years (range 19–51). Of the 123 patients included, 48 (39%) had a history of previous STIs, most frequently gonococcal urethritis. Three of them had a urethral malformation in the shape of hypospadias, and other three reported a previous urologic manipulation (catheterisation). Meatal/urethral condylomas are rare, cryotherapy is simple, easy to apply, and has a very low risk of complications in patients with externally accessible warts.

The objective of the study was to report our results using a porcine small intestinal submucosa graft (Surgisis ES, Cook Medical) for tunica albuginea substitution after plaque incision. We retrospectively evaluated patients surgically treated at our institution for Peyronie’s disease (PD) by means of plaque incision and porcine small intestinal submucosa grafting (Surgisis) between 2009 and 2013. At the same time a literature review was conducted, searching for similar reports and results. Forty-four patients were identiﬁed who had been diagnosed with PD between 2009 and the beginning of 2013, and had been treated with corporoplasty, plaque incision and grafting with Surgisis for a severe curvature of the penis. Curvature of the penis was dorsal in 40 patients (90%) and laterally on the right in 4 patients (10%). Mean duration of surgery was 165 min (range 90–200). Mean size of the graft was 6.5cm2 and the mean follow-up was 19.2 months (range 11–48). In patients with severe curvature of the penis due to PD and the need for corporoplasty with plaque incision and graft placement, Surgisis represents a good option with a low risk of complications, below the rate described with previously investigated graft tissues